Who hasn’t watched a movie or television drama and imagined themselves living in the stunning homes portrayed? The HBO TV drama Big Little Lies, with its large houses and ocean-front vistas, was one that had many people captivated. So which house would you choose? Be careful with your answer. John Paino, the production designer on Big Little Lies, says the interior designs were carefully curated to reflect the personality of the character and psychology of their situation.

Celeste (played by Nicole Kidman) lives in a home that is minimalist. “She is regal and glacial, and the house reflects that,” Paino says. “Madeline [Reese Witherspoon] is more family focused. There is an abundance of things and a lot of shiny surfaces. She is the one who is trying to prove the most and she doesn’t know where she is in the pecking order. Jane [Shailene Woodley] is blue-collar. Her house is at the bottom and very pedestrian. 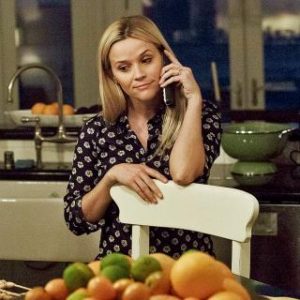 “We wanted to make Celeste austere, so her house is cool blues and lighter colours. Jane is more grounded, so her things are in more earthy tones — deeper greens and browns, with hits of hot colour. And Madeline is self-conscious, so has black and white, greys and taupes. With Renata [Laura Dern], we wanted to be over the top, so we kept it white with all the glass making it more about the vistas outside.”

Some 75 per cent of the interiors were shot on set with the rest filmed on location in Los Angeles. Little was filmed in Monterey, California, where the series is set. Still, a determined effort was made to make the interiors as real as possible while considering the psychology of the characters.

“There is a sense when you have interiors that are minimalist, that they are kind of controlling,” Paino says. “Really we wanted Celeste’s house to feel a bit like a prison of luxury. It is a simple modern setting and the lines and planes of the set are confining. We also wanted it to be clinical, because she is trapped. Jane may be trapped economically, but there is a cacophony of colours and textures because she is discombobulated.

“Madeline’s kitchen is communal and Celeste’s is not. She has a big house with a big kitchen island, where everyone can sit around and make copious amounts of food.”

It is not only on film sets where interiors mirror psychology; sometimes we resist showing our true colours in favour of what we think other people want. 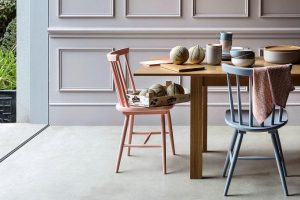 Karen Haller, a colour psychologist and interior designer, says: “There are two things that usually happen. Either people want you to design a space that reflects their personality, or you design a space that fits their aspirations — how they want others to perceive their personality. This aspirational vision is often the minimalist look with clean, angular lines and cool colours. A lot of designers, who give you their ‘look’, will choose this style, and those that aspire to have it want to say ‘such and such’ designed this for me. It doesn’t directly reflect your personality.”

Show homes are often minimalist, with high-gloss surfaces, glass and polished metal, with a few pieces of statement art. Something most of us aspire to, but few of us can live with. 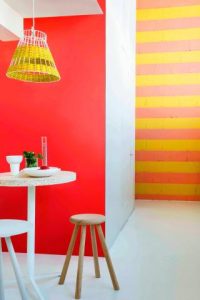 “About 75 per cent of people, I would say, decorate and design their homes to please others,” Haller says. “They want their family, friends or neighbours to like it. Sometimes we try to uncover their true personality and it can be confrontational. They stop us and end up playing it safe. Those that do trust us and let their personality show in their lifestyle will find their home is a sanctuary.”

Haller divides people into four personality types, of which we have primary and secondary traits. Interior design should provide a balance of the two. If you get this right you will have a home you can feel comfortable in.

“Living in a home that doesn’t reflect who you are means living in discomfort and unease,” Haller says. “You are sitting on the edge of your seat hoping that enough other people will like what you have done to give you validation. Then you start bringing in your personality to make it more comfortable, so you might have a glacial blue minimalist room and you add a rust-red cushion or burnt-orange throw and then you have a disharmony of colours,” she says. “Another mistake people make is to try and shoehorn in something on trend that doesn’t work.”

Marianne Shillingford, the creative director at Dulux, says she starts trying to understand people’s personality by asking them about an interesting object or piece of art in their home.

“Often you can tell their personality by the way they describe where they got it and how they feel about it,” she says. “The person has to be at the centre of your design — not an object, such as a rug or a piece of sculpture. Personality is key. The problem is couples. You might be able to get under the skin of one, but not the other, and sometimes they are quite different.”

Shillingford says that there is nothing wrong with indulging the aspirational in one room — say, minimalist or serene — while the rest of the house is earthy and cluttered. This approach also allows couples and families to have their own areas. In the main rooms, however, she will try and compromise, or bring elements of both personalities in by using lighting. 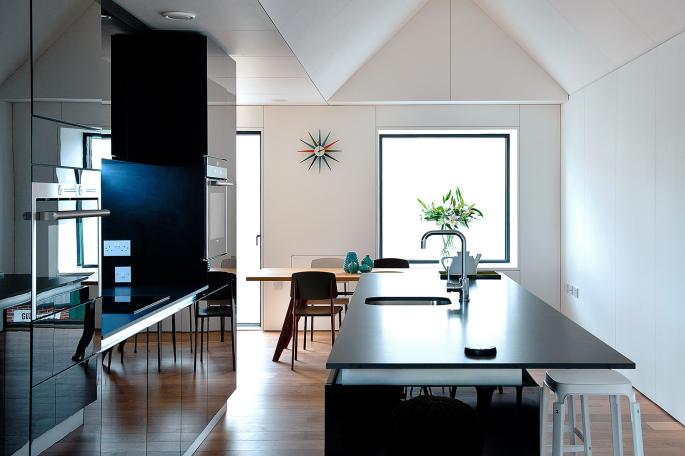 “Fashion sells the idea that style and personality is uniform, but it is multifaceted and it develops,” she says. There are other considerations too, such as the effect that our homes have on our mood. For instance, there is a trend towards neutral shades in children’s rooms, now that there are concerns about them being overstimulated by spending too much time on electronic devices.

“A room is like a psychological soundscape. You add bright, saturated colours to make it a joyful energetic space. You can then add in grey to turn down the visual volume and make it more calming . You can use colours to excite and calm. Colour has an effect on our moods. It is interesting to see the body’s reaction to dark colours — they make us sleepy and relaxed. Getting design right is about balancing these aspects,” she says.

One problem is that many companies “design for the masses and no one”, Shillingford says. Steve Tough, the commercial sales director of Sigma 3 Kitchens, agrees: “People tend to play it safe with kitchens — off-white or grey — because there isn’t much else. Yes, there is choice at the top end where people are having bespoke kitchens made, but mainstream manufacturers have to produce large volumes of stock and they don’t want to take risks.”

For this reason Sigma 3, which makes Masterclass kitchens, has recently launched a range of bright colours that can be combined with metals and materials to customise and personalise the room. “There isn’t a favourite colour that customers want. Everyone chooses two or three different ones, and these vary depending on where they are in the country and their personality,” he says.
Big Little Lies is available on Blu-ray and DVD