The newly crowned British women’s wear designer of the year, Simone Rocha, bounces into the room. Her dark hair cascades over her floral-patterned coat and she’s not wearing a scrap of make-up. Just six years after launching her label, Rocha is the latest British-based design talent to make her name on the global stage. She has a shop on Mount Street and her quirky, feminine dresses are loved by the likes of Keira Knightley, Rihanna and Chloë Moretz.

She’s come a long way in a short time, but Rocha, 30, epitomises what British fashion does best. Her distinctive, beautifully made clothes fizz with personality. Wearing Rocha is like being the only blonde in a room full of brunettes. Women will cross the street to ask you where you got your dress.

She’s not the only successful Brit brand making personality pieces. Craig Green, the British menswear designer of the year, has gained a cult following for his offbeat cuts, JW Anderson is busy reinventing modern luxury at Loewe, Roksanda Ilincic has revolutionised evening wear, and at the American mega brand DVF, Jonathan Saunders is breathing colourful life into the market for £300 dresses.

As the fashion world is increasingly dominated by global corporate brands, customers are seeking out designers who make talking-point pieces with real individuality — and many of those designers are British. Sebastian Manes, the Selfridges buying director, says of Roksanda and Simone Rocha: “They are some of our best performing ready-to-wear designers right now.”

The Brit connection isn’t the only thing many of Manes’s bestselling brands share. Selfridges stocks 20 labels that hail from the Fashion East collective. Started 16 years ago by Lulu Kennedy, the not-for-profit organisation helps young fashion talents put on shows and get their start in the industry. Since it began, 72 labels have passed through the Fashion East experience, and many, such as Henry Holland and Rocha, have built global brands. Others, such as Charles Jeffrey, who sprinkles colourful club-kid fairy dust over everything he touches, are just starting out.

“That support for pure creativity at the beginning, from Lulu, it is pretty special and totally unique,” says Rocha, who made her London Fashion Week debut at Fashion East in September 2010. When you gather the alumni together, wearing their own designs, as we have on these pages, you get a real snapshot of the creative diversity in British fashion, although, says Rocha: “It is still the rebels, no matter what kind of designer you are or where you stand in the industry, everyone in Fashion East is still very bold.” Manes, who will be hosting a pop-up for the collective in January, aptly describes Fashion East as “a network of brilliant friends who are shaping what British fashion means today”.

There is a real camaraderie in the collective. Designers share information and resources, and experienced hands such as Saunders, who showed on its catwalk in 2003, return to mentor younger designers. It’s mutually beneficial. The older designers can also learn from the upstarts. “They all want to be art directors,” Kennedy says of the new generation of designers, “like Matty Bovan. He is his own art director, make-up artist and fit model. They do their own Instagrams, they DJ, they are so multitasking and unfazed by all that.”

The next step for Kennedy, often described as the fairy godmother of fashion thanks to the number of designers she has helped, is the Fashion East pop-up shop in Selfridges. Opening in the new year, it will sell exclusive “personality pieces” made by past and present members of Fashion East. Rocha has designed T-shirts and Craig Green has created a handbag, but you will also be able to buy art prints by Charles Jeffrey and Claire Barrow, music curated by Gareth Pugh, and even floral bouquets designed by Roksanda Ilincic. “People come to us for something unexpected — that’s why there’s music, flowers and art. We tried to do a scent, but there wasn’t time,” Kennedy says. “The night before we open, I’m trying to persuade Selfridges to let us have a midnight feast. We want people to come along and help us wallpaper the changing rooms and have takeaway pizza. That’s very us, to have that behind-the-scenes with no facade and be very real.” 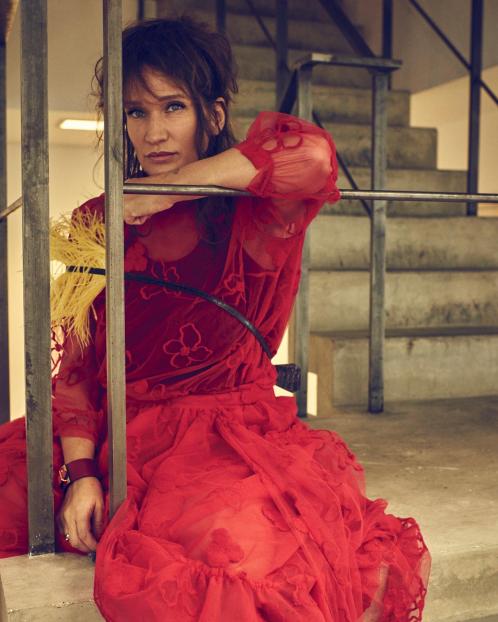 Lulu Kennedy MBE: the Fashion East founder launched the not-for-profit collective in 2000 and has since given a platform to 73 designer brands. What she looks for in a designer hasn’t changed: “It’s still that mixture of great talent, attitude and determination, really. The positive kids do better, but if you are not organised enough or determined enough, it won’t work.” Red dress and top, Simone Rocha. Yellow feather bag, Marques’Almeida 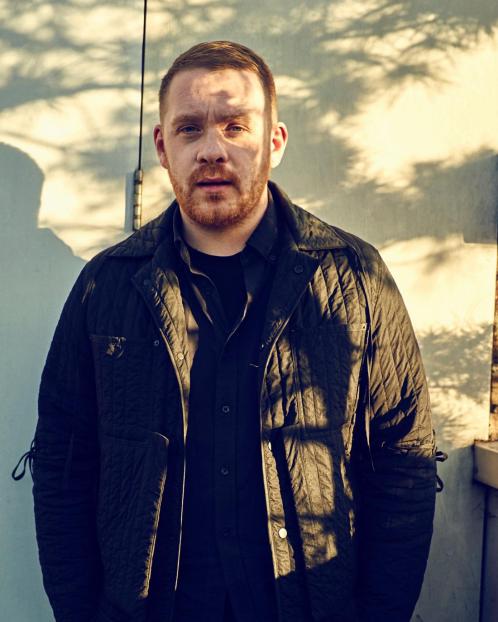 Craig Green: the current British menswear designer of the year has energised men’s fashion with his conceptural take on traditional workwear. His signature judo jackets and wide flappy trousers are worn by A$AP Rocky and Kanye West. He is considered an important contemporary tastemaker, and his work was recently displayed at the Metroplitan Museum in New York. 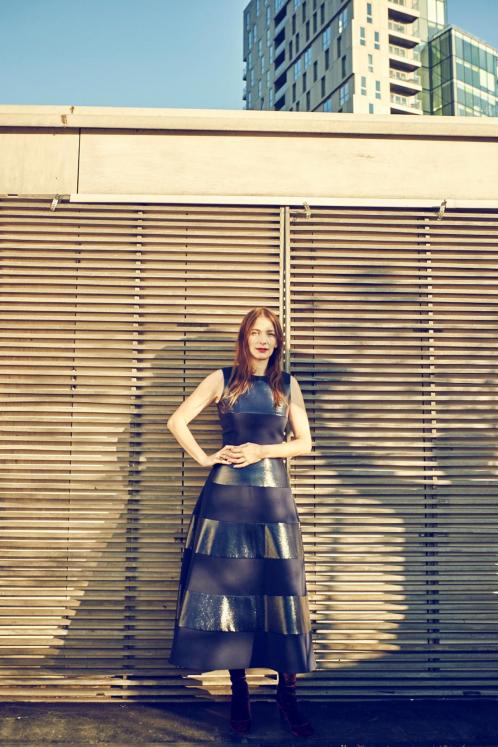 Roksanda Ilincic: the Serbian-born, London-based architect-turned-fashion designer has taken the frou-frou out of evening wear. 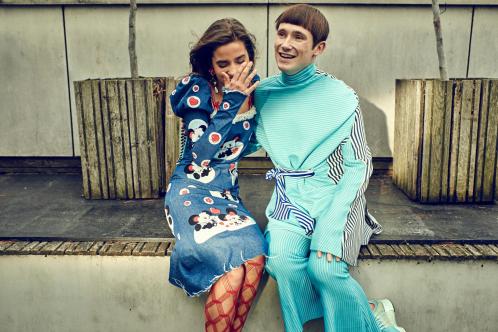 Mimi Wade and Richard Malone: Wade made her fashion week debut in February with a hand-painted leather collection inspired by film bad girls such as Faye Dunaway in Bonnie and Clyde. Malone is a master pattern-cutter who turns inspirations from his working-class childhood, such as his mother’s Argos uniform and the clothes he wore to work on a building site, into something haute. 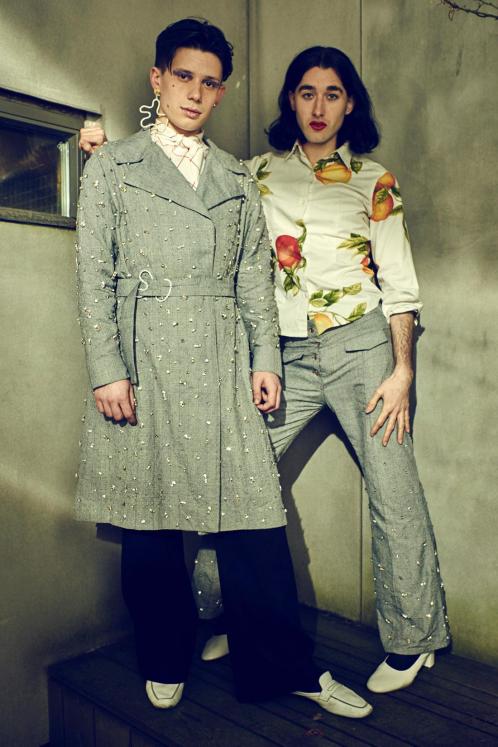 Eden Loweth and Tom Barratt, Art School: the dandy duo will show their debut collection in January at London Fashion Week Men’s, mixing feminine finery with beautifully detailed tailoring. “You have that platform, it gives you that seal of approval,” they say of their Fashion East moment. 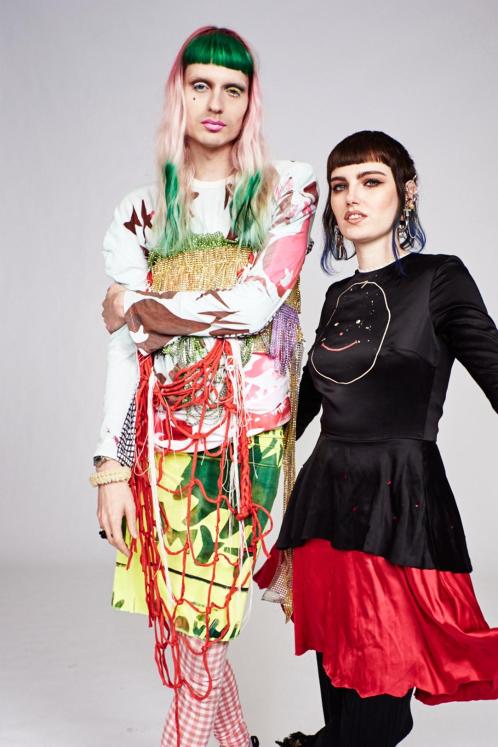 Matty Bovan and Claire Barrow: the illustrator and designer Bovan is one of fashion’s exotic creatures. Known for his rainbow-coloured unisex knits, crocheted from cashmere, Lurex and plastic, he lives with his mum in York. If you are going to a rave on Mars, this is your uniform. Barrow, who launched her label in 2013, is the queen of DIY fashion, repackaging cut-and-paste references from 1990s club culture for a new generation. 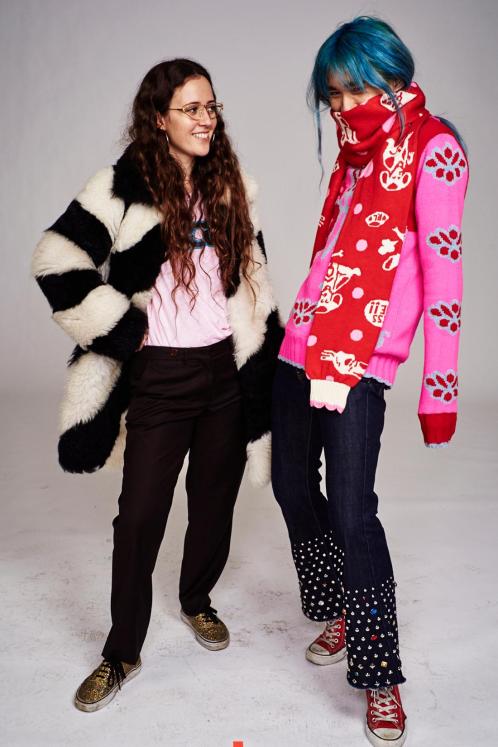 Ashley Williams and Ryan Lo: Williams combines business savvy with plenty of cool-girl sass. Her clothes, which she sells on her own website, are all about going out, hanging out with your mates and having fun. Lo’s hyper- feminine, candy-coloured frocks have a subversive edge. 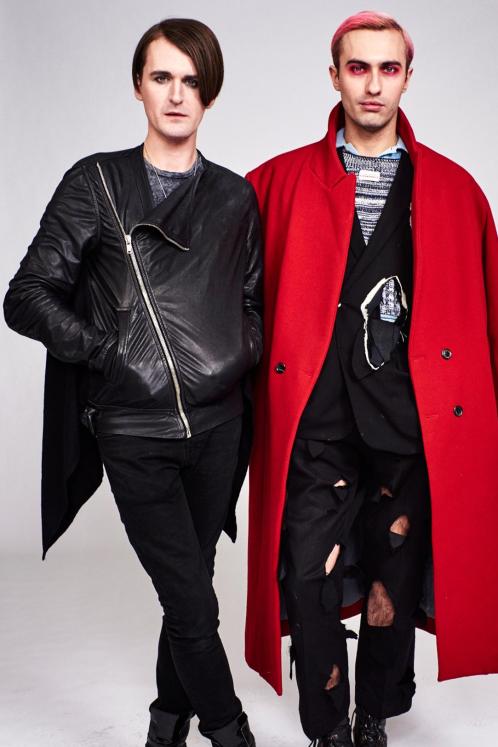 Gareth Pugh and Charles Jeffrey: debuting in 2005, Pugh’s experimental, futuristic-goth aesthetic and strict tailoring have earned him a reputation as one of British fashion’s most singular talents. Jeffrey has inherited the Blitz Kid mantle with his outré mix of clubland tropes and couture references.