Throughout music history, there are only a handful of widely talented artists who have also successfully dabbled into different mediums as part of their creative self-expression. While you wouldn’t immediately associate rock stars as versatile artists beyond their music, there are notable greats that have worn many hats in their lifetime. One of these aritists is Jimi Hendrix. 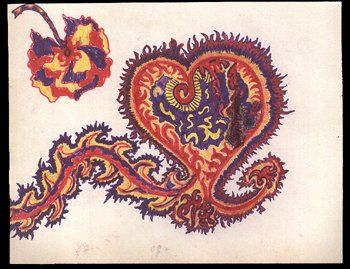 Hendrix’s music career and genius has been praised by music critics and revered by his peers and the long list of musicians he influenced over the years. In fact, Rolling Stone ranks Hendrix as the greatest guitarist of all time. When Hendrix passed away at the early age of 27, he managed to not only headline some of the most important events in rock and roll history, but also produce classic tracks through his unmatched skill and gift. Alongside his music, Hendrix continues to live on through valuable pieces of visual art he created using water-colors. 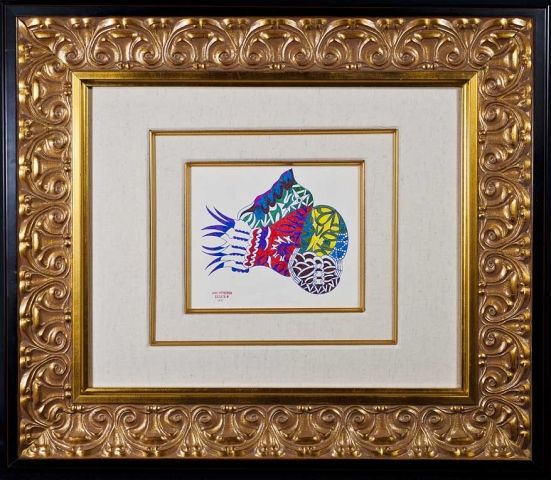 Back in 1972, two years after Hendrix’s death, an art dealer and antique collector by the name of Van den Heuvel bought a series of water-color paintings that were reportedly by Hendrix. Van den Heuvel kept these pieces of artwork in storage until 2004, which was the same year that the paintings were authenticated. The copyrights were then acquired by the Hendrix Original Art Expressions, Inc., which commercially reproduced the fine images via prints to be displayed on clothing, décor, and many other forms. 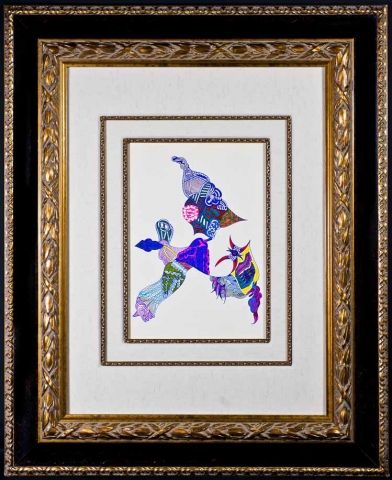 As far as painting style and process goes, it’s been said that Hendrix would have approximately six water-color pens held between the fingers of his right hand, while he conjured the images by drawing with his left. A consistent theme throughout Hendrix’s water-color work is that the hues are rich and bright. While it could be easily presumed that Hendrix’s first expressed himself through a guitar, 12-year-old Hendrix first showed potential in the arts through numerous sketches of automobiles and other car designs. 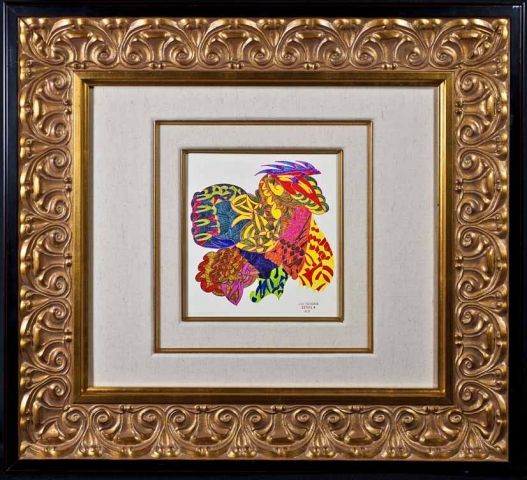 Today, there are several Hendrix art works that are up for sale, of which proceeds of the sale will be used to help the less-fortunate. Charity Buzz details that the sale Hendrix’s water-color serigraph entitled “Oblivion” (1968) would aid Help A Life Foundation. It’s a non-profit organization that empowers Ethiopian women through education. This painting has been authenticated by Hendix’s sister, Janie and was found by Hendrix’s former roadie James “Tappy” Wright”. Wright stressed that while on the road Hendrix did only one of two things: make music or paint. 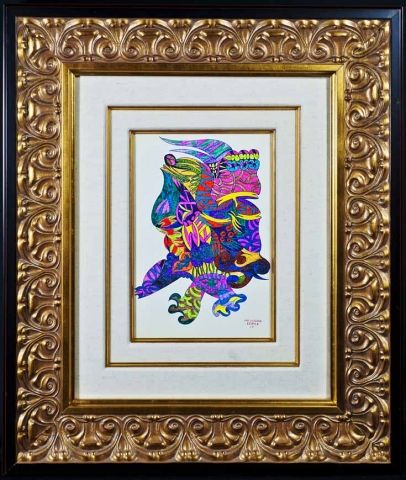 The mass appeal and influence of Hendrix’s artistry endures through many forms of art he created, and has led him to become immortalized in popular culture. Gaming companies in particular have used the Hendrix brand to open up their games to music fans. Companies have been able to capture the magic of Hendrix in a variety of ways. The Guitar Hero series allowed players to relive classic Hendrix songs “Purple Haze” and “The Wind Cries Mary” using a special guitar controller. The online game Jimi Hendix which is available on Slingo taps into fan’s nostalgia for not only the singer, but also the era he lived in, by using the famous symbols, such as the peace symbol, that are closely associated with the singer. There’s really no denying the creative force that is Hendrix and it is amazing to learn that even almost 47 years since his passing, he remains, alive both through his music and his art.