Enjoy roly-poly fun, music and fireworks
The Spraoi International Street Arts Festival gets under way in Waterford on Friday. The three-day event is something of a “greatest hits”, with popular acts making a return.

Meet Monsieur Culbuto, the human roly-poly toy, see the Silent Brass Band in action or take to the dancefloor at the world’s smallest disco. There is a madcap feel to proceedings, as a host of acts brings mayhem to the city streets. The highlight of the weekend is Sunday night’s Spraoi parade, a procession through the city centre that ends with fireworks over the River Suir.
spraoi.com 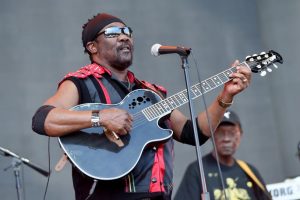 Toots and the Maytals

Turn a chip into a cello at the science gallery 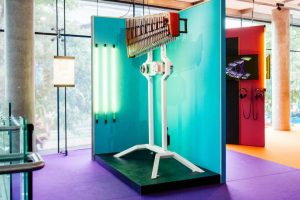 Give a virtuoso performance at Sound Check, the Dublin Science Gallery’s interactive exhibition exploring music of the future. Find answers to questions such as what happens when DIY sound engineers dabble in dubstep, or what do 3D printers and piccolos have in common? The event is inspired by emusic pioneers such as Kraftwerk and Delia Derbyshire, who produced the BBC’s Dr Who theme, but the emphasis is on you experimenting alongside hackers, and scientists at digital improvisation workshops. Until September 24.
dublin.sciencegallery.com

Let off steam at a bank holiday rally 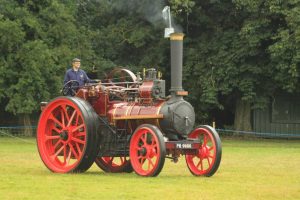 Ride a vintage steam train at the 53rd Stradbally steam rally, in Co Laois, over the August Bank Holiday weekend. Or you can just admire the workmanship involved in making and maintaining the engines that powered the Industrial Revolution. Taking place at Stradbally Hall, there are static-engines on show, plus tractor-pulling and steam-threshing demonstrations. Children can enjoy steam-train rides and the carnival, and there are sheepdog trials and birds-of-prey displays. Tickets cost €10 for adults; children under 12 get in free.
irishsteam.ie