You never forget the collection that you learn from. I was a student at Edinburgh University. Armed with our little folding stools, we would be led to the Scottish National Gallery, plonked down in front of Botticelli’s serene Virgin, Raphael’s Holy Family or Rubens’s rumbustious Feast of Herod. The university did not have an outstanding art collection of its own, but set in the heart of a capital with a host of fine collections — backed up by a superlative public library dedicated to fine-art books — it was transformed.

A first year spent racing, movement by movement, from Michelangelo to Malevich, was a revelation. It was where I found the enthusiasm that has fuelled me ever since. And whenever I see one of the paintings that I first learnt from, sent out on loan to some far-off exhibition, I feel that same warm rush that you get when you spot an old friend.

A number of the best art history courses are not backed up by university collections. If you live in Liverpool, for instance, this will not matter. Once you have done with admiring the university’s wonderful Audubons — the most extensive assemblage of works by this great naturalist to exist outside his native America — you then have the Walker, the Lady Lever and the Tate to draw on, as well as a host of smaller galleries and a lively biennial.

Yet Exeter, despite being ranked seventh for art history in the league tables, possesses only a clutter of portraits of all-but-unknown dignitaries and a few lumpy sculptures scattered about the campus. It is out on a limb. If you are an art student, you will have to do a lot of travelling — or else rely heavily on books. 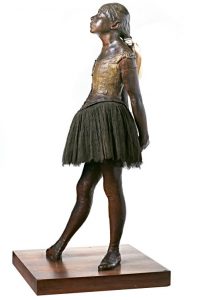 Degas’ Little Dancer Aged Fourteen, c 1922, on loan to the Fitzwilliam Museum from the Sainsbury Centre

The university art collection is an invaluable resource. A few institutions even treat their pieces like library books. At the Kettle’s Yard gallery, for instance, any Cambridge or Anglia Ruskin student can select a work from a designated loan collection and carry it back to their digs for the rest of the year. Imagine, for a modest rent of £20 (and a £30 deposit) hanging your very own Ben Nicholson.

It’s not only the students who benefit. Where would Oxford be without the wonderful Ashmolean? And not least when it comes to temporary shows. It’s the game of “swapsies” that counts when it comes to exhibitions. The better the artefacts that you can potentially offer, the greater your chance of securing that great loan.

Perhaps a city as fine as York can afford to offer only a straggling sculpture trail. But more recent universities — Manchester or Birmingham for instance — have to work harder. Their collections can transform them. The Sainsbury Centre in Norwich, for example, turns a campus backwater into an artistic focal point.

On top of that, collections help to establish character. Scottish universities, for instance, tend to focus on national achievements. Goldsmiths in London, which shot to fame with the success of the Brit Art it bred, is building its own university gallery. The Goldsmiths Centre for Contemporary Art is due to open in May.

Your university art collection matters. So now, as term starts, here are ten of the best from across the country. 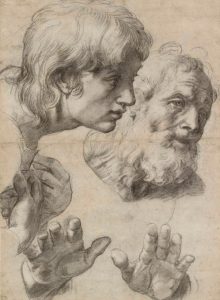 The heads and hands of two apostles, c 1519-20, by Raphael, at the Ashmolean Museum, Oxford

1 Ashmolean Museum, University of Oxford
When, in the first decade of the 20th century, two ancient Oxford institutions joined resources, the most broadly diverse of all university collections was created. The Ashmolean Museum, whose origins date from 1683, brings the university’s archaeological and artistic holdings together to illustrate the stories of diverse cultures and trace the many ways in which they can be connected. Students can roam from cases of Egyptian mummies to contemporary art galleries. On the way they might discover the only great collection of Minoan art to be seen in this country, or an unrivalled selection of Raphael drawings. 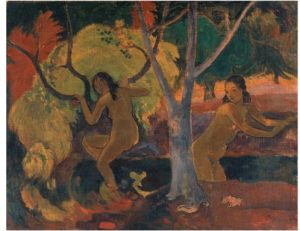 Paul Gauguin’s Bathers at Tahiti, 1897, at the Barber Institute, Birmingham

2 Barber Institute of Fine Arts, University of Birmingham
The art deco architecture is worth a look in its own right. This was the first building in Britain to be built specifically for the study of art history. Inside, a founding collection for which the criterion was that everything should be of “that standard of quality required by the National Gallery or the Wallace Collection” runs the gamut of the great national schools. Apart from its rich scattering of world-famous pictures, the Barber is best known for its assemblage of 19th-century French paintings and — for the anorak — its spectacular collection of coins. 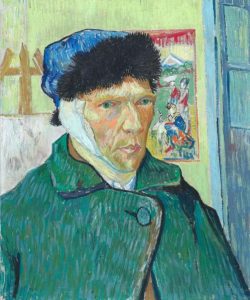 Van Gogh’s Self-Portrait with Bandaged Ear, 1889, at the Courtauld, London

3 Courtauld, University of London
Aficionados the world over come to admire the Courtauld’s iconic collection of impressionist and post-impressionist pictures, but these are far from all that this institute can offer. The world’s leading centre for art historical research, the Courtauld houses a famed collection of 14th and 15th-century Italian paintings, a splendid array of 17th-century works, some particularly fine 18th-century portraits and, like a bonus point, exceptional oil sketches by Tiepolo. Add to these a new gallery dedicated to displays taken from its extensive archive of drawings, and students who are lucky enough to earn a place at the Courtauld can be sure they will find a full historical sweep.

4 University of Edinburgh
The university’s art collection, embracing five assemblages of objects and comprising more than 5,000 pieces spanning two millennia, can be found scattered in museums, galleries and campus buildings across the capital. Works from its Torrie collection, for instance, including Italian old masters and Flemish landscapes, are on permanent loan to the Scottish National Gallery. The Talbot Rice memorial collection — comprising pictures donated in appreciative memory of a former professor — can be found on display in the gallery named after him. Scottish talent is particularly celebrated and the university is working to expand access to works that for too long have been hidden away.

5 Fitzwilliam Museum, University of Cambridge
Not only the best university art collection, but among the best British collections full stop, the Fitzwilliam Museum represents an invaluable asset to students at Cambridge, which is ranked as the top place to go for those reading history of art. Founded in 1816 with a bequest of 150 works, including some by Titian, Veronese and Rubens (not to mention a magnificent collection of engravings), it is most famed for its old masters. Also incorporating volumes of medieval manuscripts and autograph music, as well as a host of subsequently acquired pieces from the 19th and 20th centuries, it has become known as much for the breadth of its range as the glory of its greatest riches.

6 Hatton Gallery, Newcastle University
Twenty years ago university authorities voted to close down this gallery. It was saved by a public campaign. This month it reopens after an 18-month, multimillion-pound redevelopment. Its permanent collection comprises more than 3,500 works from the 14th century onwards. Thanks in large part to artists who once taught there — Victor Pasmore and Richard Hamilton among them — it puts a strong emphasis on the modern. Its star possession is the Merz Barn — the only surviving Merz construction by Kurt Schwitters — which, rescued from decay in a Lake District steading, has found a permanent new home here.

7 Hunterian, University of Glasgow
Born in the age of enlightenment, the Hunterian collection is as much about ideas as the objects that conjure them up. Its almost one million pieces — a near-unblemished Cleopatra coin, lumps of coral, a Chardin painting, Lord Kelvin’s original experimental apparatus — speak not only to those studying the arts and humanities, but also to students of the natural and medical sciences. In fact, the slant is pronouncedly towards the latter. However, the Hunterian Art Gallery, which is now housed in its own modern building, has one of the most distinguished art collections in Scotland, with particular focus on home-grown talent: Mackintosh, the Scottish Colourists and the Glasgow Boys, as well as the pop pioneer Eduardo Paolozzi, who designed the new gallery’s bas-relief doors. 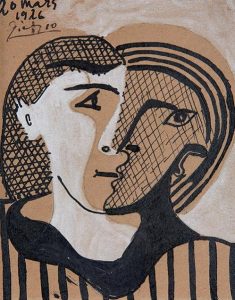 Picasso’s Head of a Woman, 1926, at the Sainsbury Centre, University of East Anglia

8 Sainsbury Centre, University of East Anglia
A landmark modern building to chime with the Norwich campus’s concrete ziggurats, the Sainsbury Centre was designed in 1974 by a youthful Norman Foster. Its core collection, built up over the course of their lifetimes by Robert and Lisa Sainsbury and then donated to the university, spans 5,000 years. Cycladic sculptures and cubist Picassos, carved shinto deities and Degas’ little dancer, bronzes from Benin and Francis Bacon portraits all share the barn-like space. Taken individually, the pieces are often not the finest examples, but when it comes to presenting a picture of our global culture, the Sainsbury Centre is a superlative resource.

9 Western Art Collection, Durham University
Durham University does not have a dedicated art gallery, but dispersed about the historic spaces of this magnificent city students will discover images that together represent one of the most important assemblages of 20th and 21st-century art to be owned by a university. Durham’s particular strength is prints (Warhol, Hepworth, Sandra Blow and Eric Gill feature), and despite strong complaints that too much money was being spent on expanding the collection (including commissions to northeastern artists), it continues to pursue an active programme to increase access and encourage a wider engagement with its collection.

10 Whitworth Art Gallery, Manchester
When it reopened in 2015 after a £15 million revamp, the Whitworth won the Museum of the Year award. With 55,000 artworks in its collection, it stands at the heart of the city’s buzzing cultural scene. Its collection of 18th and 19th-century watercolours — pictures by Paul Sandby, Thomas Girtin and JMW Turner prominent among them — is world famous. However, its modern and contemporary collections, if not outstanding, have been judiciously composed to allow students to trace the line of development that leads from French modernism to our home-grown British radicals. Whitworth curators are interested in identifying influential talents. They have been at the forefront of the performance trend, and show a pronounced leaning towards textiles that feels very cutting-edge.