Bathroom design is tricky business. It’s a room that needs to be comfortable and safe, but that often makes it plain-looking. That’s why everyone’s looking for small fixes that could turn a bathroom into a place of indulgence and even style.

Choosing the tiles for it is where all of these considerations tend to meet. It’s also a purchase that can be rather expensive since the price of a tile can vary significantly. In the end, it’s important to have in mind that a lot of the faults of a small bathroom could be fixed by choosing tiles that complement the size of the room.

The first thing to decide on is the size of the tiles themselves. That can have a great impact on the overall style and it can shape the whole room later on. The size of the tiles varies from really tiny ones to those ranging from 30 to 60 cm which are considered large.

Small bathrooms usually benefit from using large tiles. That creates a calm and simple design that can bring focus to other items in the bathroom.

Everyone starts talking about the color of their tiles, but that’s too specific. It’s best to discuss shades first in order to create an atmosphere and then nail it down to a particular color. The shade has a great impact on the perceived size of the room.

If the room is small and there are a lot of items in it, it would benefit from having a lighter color palette. This is also the case for rooms which don’t get enough natural sunlight, which is true for most bathrooms. Large bathrooms can even have black tiles, with a few striking silver touches. 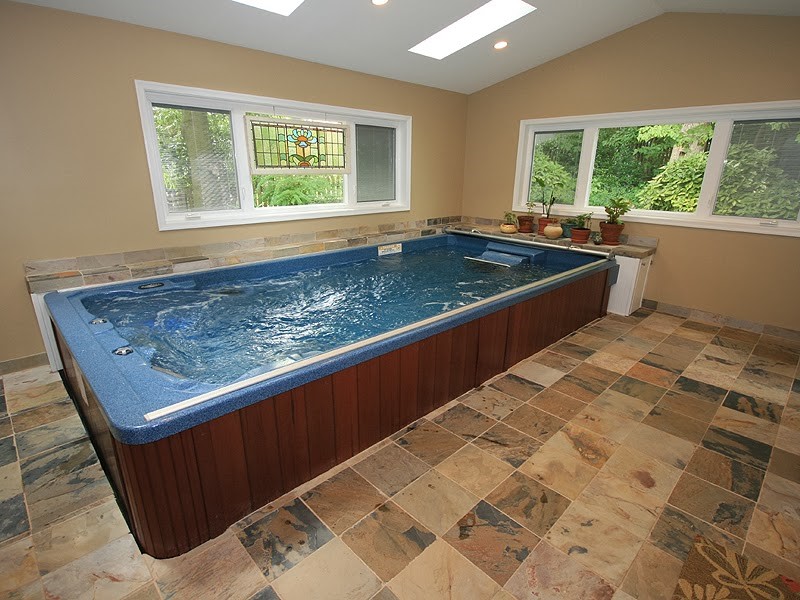 Bathrooms often have a centerpiece, around which the design of the whole room is organized. If you have the luck of having a substantially large bathroom,  luxurious swim spas are a great choice. They can dominate the space and add a touch of glamour to your bathroom. And not only that they present a great way for you relax after a long day and eve get some exercise in.

This can be accomplished by choosing a striking tile design to surround the tub. It can be different in color, design and texture. That will emphasize the tub and also make it safer and less slippery.

More than one tile style

There’s no reason for the bathroom to have only one tile style. Many hesitate to try to add a few different styles because they want to avoid the bathroom looking too crowded. Even small bathrooms can look great if the transition between the styles is made naturally and with an overall idea in mind. 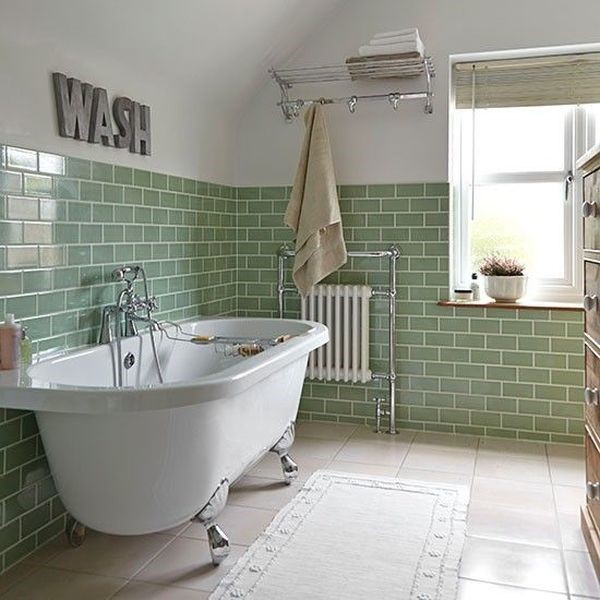 There are still some rules to follow. More than 3 different styles would be too much, regardless of how well-matched they are. The variations could be made in size, color and the shape of the tile, too.

As with any other design, accents can be created by providing contrast between two different materials, colors or tones. This can be accomplished with tiles as well. A small row of different tiles (known as a bordure) can add extra emphasis to an item or a motif you want to stand out.

The main thing to consider in regards to this isn’t the tiles themselves. It’s the items you want to draw attention to. It can be, for example, the bathtub, which is often the case in bathrooms. Many choose to add accent tiles to the space around a mirror, and it can look pretty good if it doesn’t overshadow it.

Texture isn’t always considered when it comes to bathroom tiles. Most choose a simple and glazed surface that’s easy to clean and maintain. That’s understandable, but it can be a bit mundane and even a safety hazard in some cases.

Smooth tiles are ok for the walls because those require the most cleaning and safety isn’t an issue with them. On the other hand, slightly textured floor tiles are both safer and add a bit of innovation to your bathroom as a whole.

How many tiles will you need?

Before you go out to purchase the tiles, you need to have a rough calculation of how much you plan to buy. This is important so that you can stick to a budget and plan your work ahead. It’s especially true if you change your mind since one tile type could be much more expensive than another even though the dimensions are the same.

It’s also prudent to purchase at least 10 to 15 percent more tiles than you actually need. That’s a safety precaution since you might end up breaking or losing some of the tiles.

The tiles are the most important part of a bathroom design since they set the tone. It’s imperative that you choose them as a part of an overall theme.